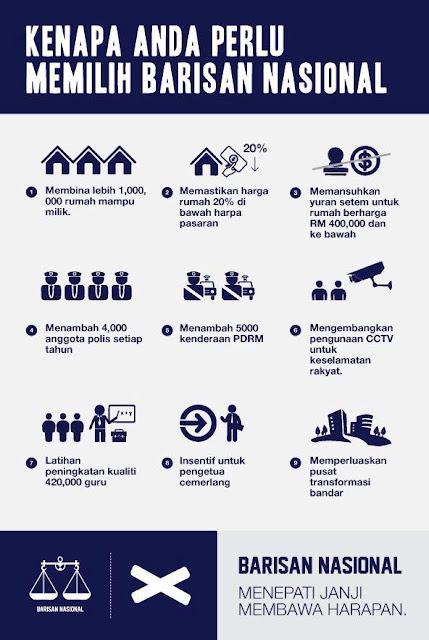 AN  OPEN  LETTER TO THE MALAYSIAN  VOTER.

Some Malays, disillusioned with elite corruption and the widening gap between the have-a-lot and the have-a-little, regard a hudud-oriented Islamic State as the solution. They should ask themselves the following questions.

One, is there any such State in the contemporary world that serves as a model worthy of emulation? Saudi Arabia? Sudan? Afghanistan?

Two, why is it that the vast majority of Muslim states have not opted for a hudud oriented Administration?

Three, why have the people in the world’s largest Muslim country, namely Indonesia, rejected hudud oriented parties over and over again in elections?

Four, why has Turkey whose ruling party has an Islamic root, eschewed hudud and a fiqh oriented legal system in favour of a democratic, constitutional, secular system of  governance?
Five, if the mainstay of the ruling coalition in Malaysia since 1957 was PAS and not UMNO, what would be the socio-economic situation of the Malays today? Would poverty have been reduced from 64% to 1.7%? Would there have been the phenomenal transformation of an entire people, sustained over two generations, which has resulted in a significant Malay role in education, the professions, commerce and industry, compared to what it was at the time of Merdeka?

Would the Malays have emerged as an important component of the Malaysian middle-class which has undoubtedly helped to stabilise ethnic relations and politics in the country and allowed democracy to function?

One just has to look at PAS’s 22 year rule in Kelantan to get an idea of what its version of Islam can do to a people. From its dismal failure to provide jobs for tens of thousands of well-qualified Kelantanese to its utter inability to curb rising drug addiction, Kelantan is Malaysia’s first and only failed state.

Malaysian voters should have no illusions about the type of Islamic State that PAS seeks.
The Non-Malay Electorate.

If some Malays are under an illusion about PAS’s Islam, a lot more non-Malays, especially many middle-class Chinese and some middle-class Indians are labouring under a huge misconception about what their vote would deliver. They are convinced that it would be able to “eliminate ethnic discrimination” and bring to an end alleged “Malay supremacy.”  Since those who have been pedalling these cliches, have never really explained in detail what they mean by eliminating ethnic discrimination or Malay supremacy, non-Malays exposed to this rhetoric have drawn different conclusions.

For many, the perception is that the Pakatan Rakyat is going to set aside the Special Position of the Malays and the Bumiputras of Sabah and Sarawak.   This cannot be done.    The Articles in the Malaysian Constitution pertaining to places in the public services, licences, scholarships and land reserves (like some other Articles) cannot be amended or abrogated by Parliament even if the PR wins 100% of the seats. Special Position is safeguarded by the Conference of Malay Rulers.

Publicly, all three PR parties, including the DAP, have endorsed Special Position. However, at the hustings some of the DAP and PKR activists give the impression that it is discriminatory and is therefore unacceptable. This is why their leaders should be honest with their members and supporters. Tell the whole truth. Neither Special Position nor any of the other iron-clad Articles in the Constitution pertaining to citizenship, language and the Rulers will change one iota if PR comes to power.
Since PR cannot do anything about Special Position, what sort of discrimination is it going to eliminate? Will it abolish the NEP?  In theory, the NEP does not exist anymore. It came to an end in 1990 though one of its twin objectives of restructuring society in order to reduce the identification of ethnicity with economic function continues in certain specific areas. Given the nature of this objective, it would be wrong to view it as ethnic discrimination.  Rather it is an attempt to enhance national integration.
1Malaysia
Everything considered, the actual flaws with the NEP are related to its implementation --- its excesses and its abuses. These should be rectified. In the last four years, Prime Minister Mohd Najib has made a concerted attempt to do so. Federal scholarships for students are based largely on academic merit; there is a serious endeavour to increase the number of Chinese and Indian public servants; and their mobility in the public services has improved through some high profile appointments. At the same time, all 1Malaysia ventures --- from its retail trade outlets to its affordable housing programme --- are non-ethnic. 1Malaysia in its concrete manifestation is an all- embracing, inclusive idea. Najib is also paying close attention to the needs of different ethnic and sub-ethnic communities and engaging them at the social and cultural level as part and parcel of his 1Malaysia drive.

There is a lucid message he is attempting to put across.

There must be understanding and empathy among us, whatever our religious or cultural differences.   We must respect one another.

Respecting one another means that we should never ever manipulate each other.

This is what happened in the recent DAP symbol episode. Though there was no question at all about whether the DAP could use its own rocket symbol, in the high drama that the leadership staged it opted to use PAS’s symbol, rather than the PKR symbol on the Peninsula. Wouldn’t it have been more logical for the DAP to use PKR’s symbol since the DAP wants PKR leader Anwar Ibrahim, to be the Prime Minister if PR won the General Election?  Why did it prefer the symbol of a party whose goal of a hudud oriented Islamic state it vehemently opposes?  Is it because Pas has much more Malay support on the Peninsula than PKR and the DAP was hoping to capitalise on its support? Isn’t this rank opportunism?

Isn’t this what the PAS-DAP-PKR grouping is all about?  An opportunistic grouping hell-bent on power but opposed to each other. If an illusion on the one hand, and a misconception, on the other, makes the grouping a catastrophe, its opportunism renders it an even greater catastrophe. 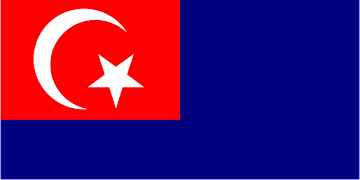 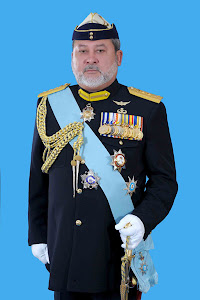 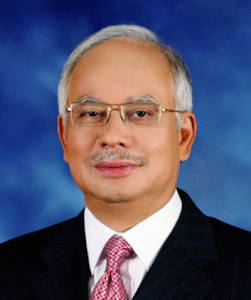 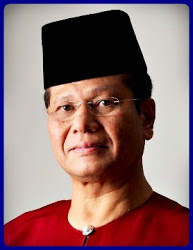